It may surprise you to know that most people live on a diet that is comprised of mostly fake foods. This could come as a surprise because the differences between real food and fake food can be very subtle, and often confusing. Knowing this, is it any wonder why there is a link between our diet and chronic diseases like heart disease, diabetes, and some cancer?

You may also be wondering why fake food even exists. There are many factors that contributed to the production of fake food. After World War 2 chemical agriculture grew in response to starvation and hunger, replacing natural organic methods of farming with fertilizers and pesticides. Supermarkets replaced butchers, bakers and farmers and canned and packaged foods predominated.

In some areas of the world affected by climate, war or other factors, the consumption of fake food has increased by more than 95 percent.

Some restaurants and caterers used pieces of meat that have been glued together with something called meat glue. The glue is called transglutaminase. There are a couple of problems with this glue. First, they must re-handle the meat so there is increased risk of adding more bacteria to the meat. Secondly, they don’t have to actually tell you the process of how they make this glue. Originally it came from blood plasma from either a cow or pig and then they combine that with certain things like bacteria. But then they evolved to just fermenting a bacteria to make these enzymes that make this glue. But the problem in all of this is that they are not very transparent. You don’t really know how they’re making it. If you are eating anywhere where there’s bulk filet mignon, you might want to ask them if they use meat glue.

Unfortunately, most parmesan cheese does not come from Parma Italy. Most parmesan cheese is made with a mixture of cheap cheeses like cheddar cheese or powdered mozzarella cheese with added cellulose, and a mold inhibitor. What is even worse is the FDA makes it legal to sell this fake parmesan cheese and that is because the cellulose is from natural sources.  This source is wood pulp, and it is between 4 to 20% of the ingredients. So, one-fifth of the product is wood.

Imitation crab meat has another name- surimi. They take random fish flesh or fish leftovers and add some starch whether it’s from potato, wheat, corn, tapioca and mix that with some MSG to add flavoring.  Then they have to add crab flavoring because it doesn’t taste like crab and some protein but that protein is either egg white protein or soy protein. They also put some sugar in like sorbitol and some soy oil or other vegetable oils. Then they sprinkle a little sodium benzoate as a preservative to make it last longer. Then of course they add colouring to make it look like crab.

Precooked canned tuna or even packaged tuna is another to look out for. One company that did some investigation into this found that 21% of the companies they found did not contain actual tuna. It was mislabeled. Instead of having tuna they had another fish called escuela. This fish is also known as butterfish or oil fish. It was banned in Japan from 1977 because they said it was too toxic. They even have a name for it, “ex-lax fish” because of the side effects of diarrhea or anal leakage. If you see your tuna looking extremely white, almost opaque white, then it is not tuna.

80% of extra virgin olive oil is not extra virgin. Extra virgin means it’s processed very quickly and cold pressed.  It’s a high-quality process so it has more antioxidants and when you consume it, it has a completely different taste and smell. It has a fresh smell and a taste that gives you a little tickle in the back of your throat. In the fake EVOO they add canola or just a blend of other oils so it is rancid, cooked, and heated.  It does not have the vital nutrients that real extra virgin olive oil has.

Most maple syrups that you buy is either made from dark brown sugar or refined white sugar with maple syrup flavoring and artificial colorings. Some are even made with high fructose corn syrup. Because these ingredients don’t have the natural antioxidants as a preservative, they have to add preservatives like sodium benzoate and ascorbic acid to prevent this syrup from spoiling.

Truffle oil comes from a very expensive mushroom. Instead, they use a flavoring molecule to make some other ingredients taste like truffle oil. They use this in restaurants a lot because it is a way to save money.

Some of the blended ingredients include cereal, caramel, starch, malt and figs. In addition, instant coffee has something called acrylamide that is a potentially very harmful chemical. This chemical is created when the beans are roasted. Instant coffee has more than double the amount as other types of coffee. It can affect the nervous system and increase the risk of cancer if you are consuming it regularly.

The vast majority of wasabi in the US is simply a mixture of horseradish, hot mustard, and green dye. It doesn’t actually come from the wasabi plant.  A report showed that up to 95% of the wasabi sold is not real wasabi. This is because wasabi is very difficult to grow and it’s extremely expensive. Also, when you take fresh wasabi and pulverize it, it only lasts for about 15 minutes meaning it loses its flavor. So, horseradish is used because it lasts a lot longer.

The impostors are made with skim milk vegetable oil, water, emulsified egg yolks and a slew of gums and gels. It’s even created with isolated soy protein.  Of course, to make it look green they add food dye. Some commercial guacamole only has 2% avocado! 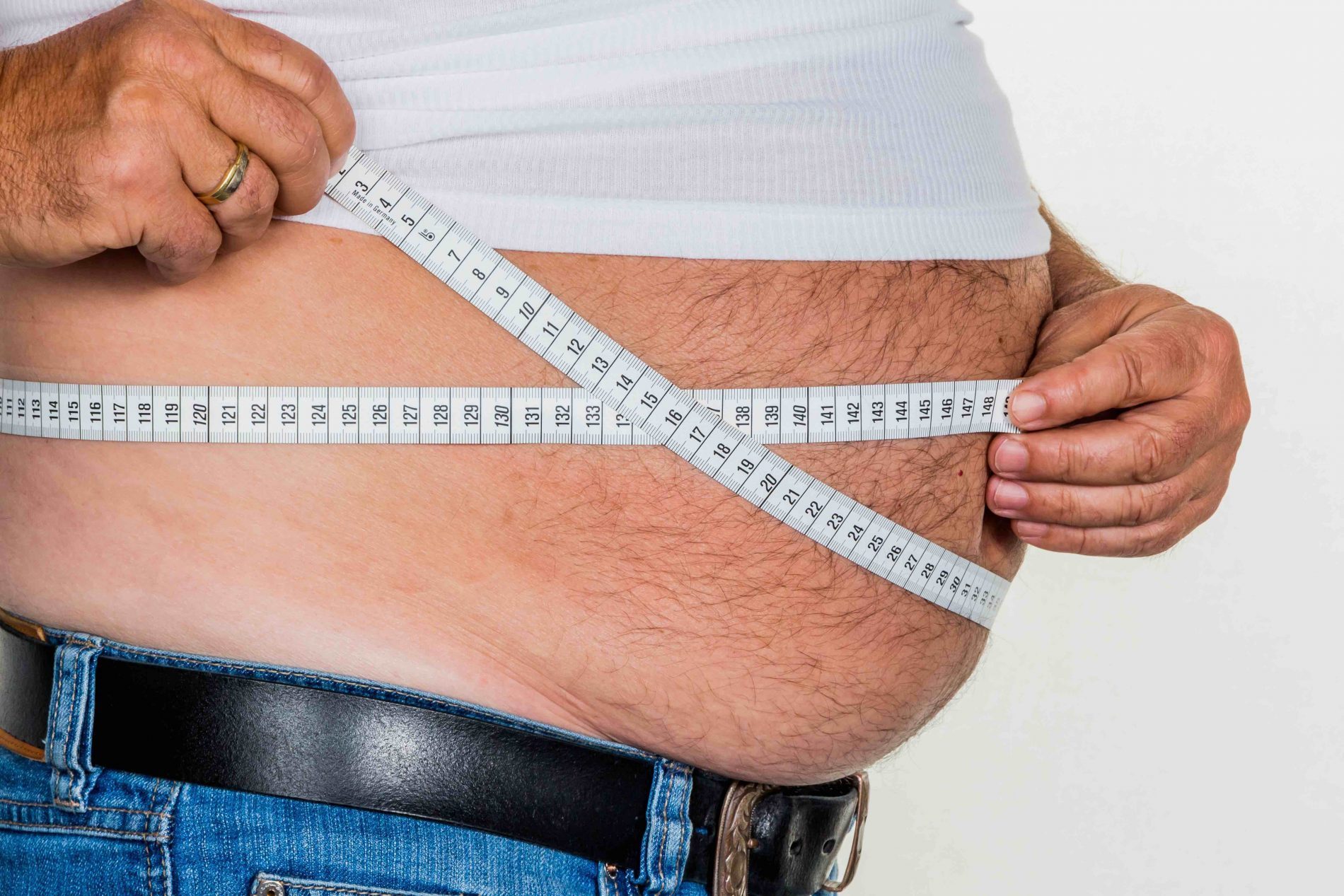 Do you carry extra weight around your abdominal area? Research is telling us that people of normal weight who have extra central body fat are at an elevated risk of dying of heart disease.

Central obesity it extra fat around your midsection, and there is an easy way to calculate if you may fall into this category.

1. Measure your waist at your belly button.
2. Measure your hips at the widest part of your buttocks.
3. Divide the first number by the second number.

If your numbers are higher than the suggested ratio, there are simple changes that you can implement to reduce your ratio and improve your health.

The first thing that you need to do is to add more fresh fruit and vegetables to your diet. It’s very difficult to make a massive diet and lifestyle change all at once and be able to sustain it long term. So the most important thing you can do is eat more fruit and veggies and these foods will begin to crowd out the bad foods.

I also want you to moderate your meat intake. A serving of meat is the size of a card deck. Which does not mean 8 decks stacked on top of each other!! When was the last time you ate a steak that fit in your hand? I bet it’s been awhile.

Over the years, our portion sizes have grown and grown into rather ridiculous quantities of food. Our bodies don’t need that much food and literally can not digest that much protein in one sitting. This extra protein ends up being stored as fat and can contribute to central obesity, putting you at risk for heart disease.

Eat real food!! Learn to make a few delicious recipes that you enjoy. Check out our blog of recipe ideas here.

And of course, move your body more often. Add some gentle cardio to your routine, go for a power walk at lunch, hit the gym and sweat it out.

The very first sign of heart disease is erectile dysfunction. Your arteries and capillaries are very active and sensitive in that area, and can be the first to indicate that there is hardening of the arteries or plaque building up in your blood vessels.

Obviously not a topic that you want on your radar, but heading to the doctor for a prescription to help in this area is one of the worst things you can do. It puts added stress on your cardiovascular system and masks an important symptom that is telling you that your body is in distress.

This is the time to make healthy diet and lifestyle changes to let your body naturally heal and return to abundant health.