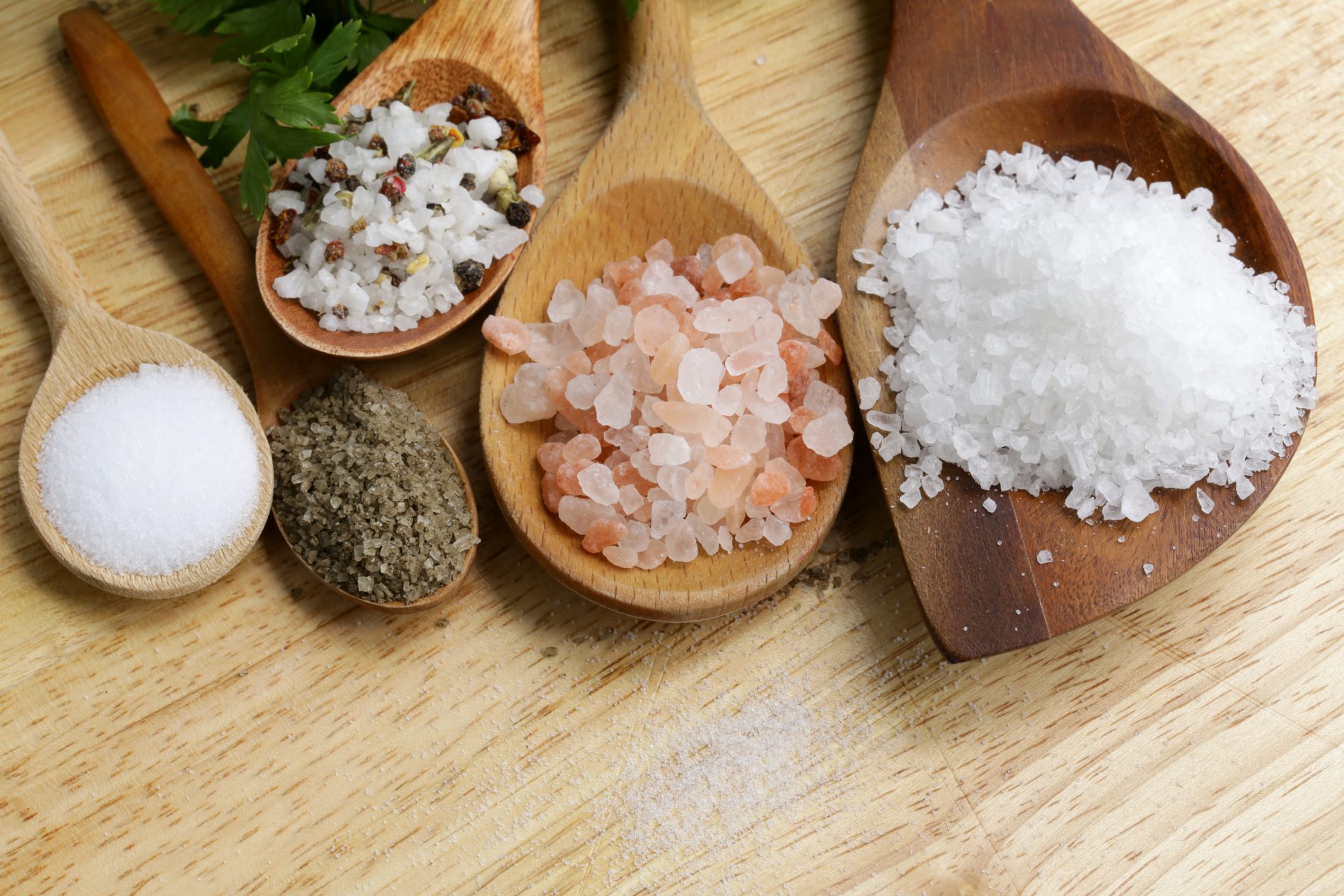 For the longest time sodium has been given a bad rap.  So many products advertise as low sodium because somewhere along the way we’ve been told that sodium is bad for us. But let’s take a deeper look at this because only one study showed any relationship between high blood pressure and consuming sodium, and it was called the dash sodium study.  This study didn’t highlight the fact that they also lowered the sugar in the participant’s diets which is what really resulted in the lower blood pressure more than the salt. Even a recent study that involved 6000 people showed that there is no strong evidence in relationship between eating salt or sodium and increasing blood pressure. Why would that be? Simply because sodium is an essential mineral which means it’s necessary for survival. But you need to have it the right amounts and we need about 1000 milligrams a day that’s probably 1/4 teaspoon a day of salt. We must understand that salt is sodium chloride not just sodium. About half of that sodium chloride is sodium so you need a little bit more salt than you do sodium. We need this sodium to regulate our heart, our fluids, it acts like an electrolyte that allows the balance of fluid and it controls the volume of fluid through our body. It works with other minerals to maintain that balance and without that essential mineral we would have all sorts of problems with our muscles, our heart,  and our brain.

If there is fluid retention in the legs, fingers, or body there’s probably too much sodium in the body. But instead of reducing sodium, it’s much more important to raise the other electrolyte that works with sodium and that is potassium. We need about four times the amount of potassium than we do sodium. The best source of potassium is vegetables, and you need about 7 to 9 cups of vegetables daily to get the potassium to balance out the sodium. The average person consumes about 3400 milligrams of sodium and only 1000 milligrams of potassium, so their ratios are off which leads to fluid retention.

There are a lot of hidden salts like MSG – monosodium glutamate in fast foods and ready made or canned foods. These are the kind of salts to avoid.  Also, eating sugar depletes potassium and retains sodium.  That’s why you can gain a pound of water after consuming some sugar. So, again, it’s the junk food, MSG that that increases the sodium.

It’s not a good idea to consume one mineral by itself but instead you want to consume it in a complex like sea salt versus just taking sodium.

If your adrenal glands are burnt out, you’re not going to have the hormones like aldosterone or the mineral corticoids which are hormones that regulate minerals, specifically, salt and potassium. When the adrenal glands are burnt out you lose salt and therefore crave it.  For example, you get home and you’re burnt out you’re tired and you’re craving salt, so you consume something salty. Then what would likely happen is that you’ll crave some sweet and some salt together because people that are low in minerals also have low blood sugar issues. The likely source of these cravings and low blood sugar problems is adrenal gland burn out.

The best is Himalayan salt because its source is from a mountaintop which used to be an ocean a long time ago. It’s the most pure, unpolluted sea salt. You want to try to avoid getting the sea salt that is in the current environment because there is a lot of sewage and chemicals in it. There is also black Himalayan salt which is high in sulfur. But it tastes like eggs because of the high sulfur content so it may not appeal to everyone. However, sulfur is very good for the liver and skin because it’s a detoxifying mineral.