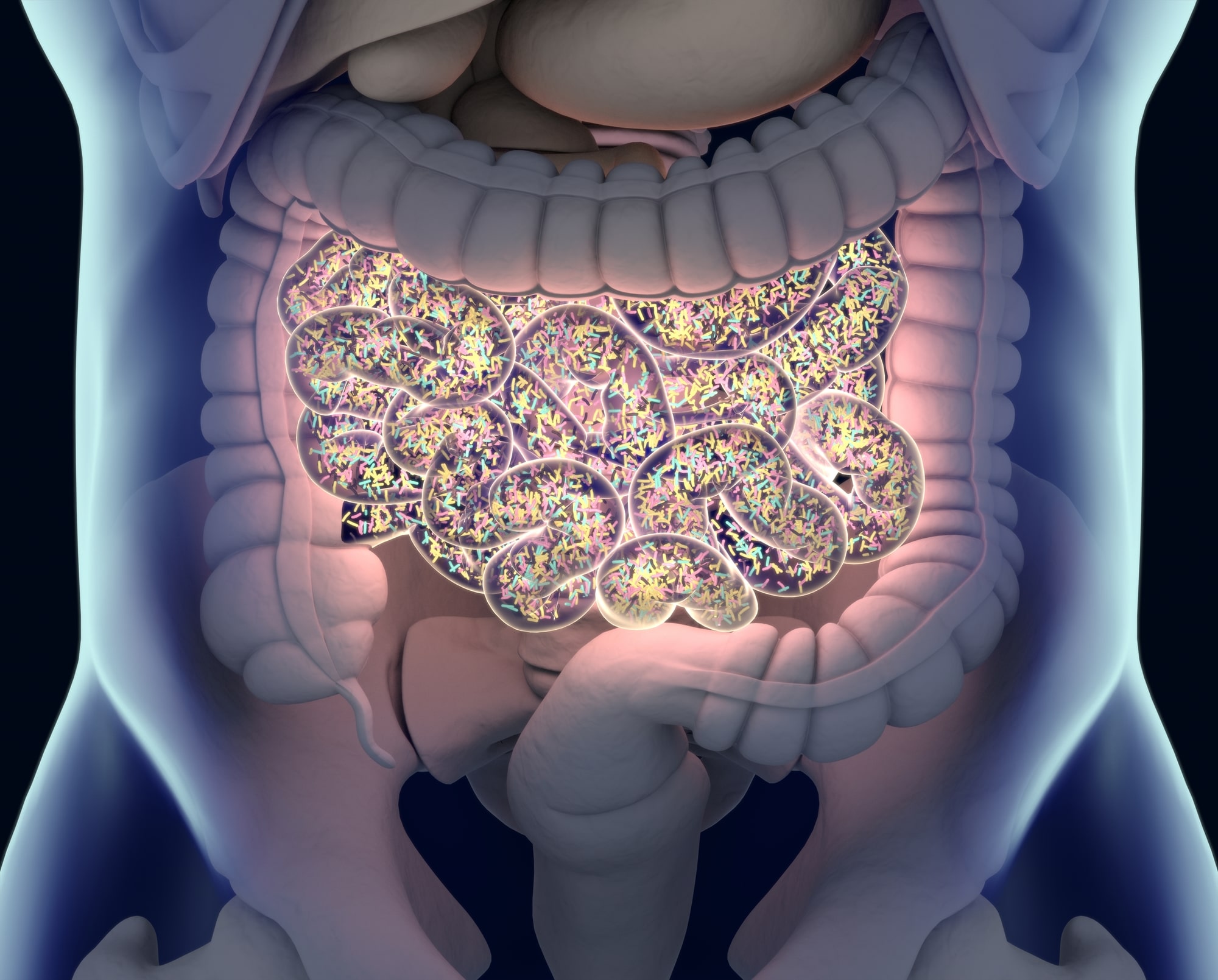 In this article we’re going to explain what exactly is the gut microbiome.  However, before we do let’s dive into how to the gut functions.  When you think about the gut, you might just think of it as part of your “digestive factory” processing the food you ingest. However, this is only a small fraction of what it and your digestive system are responsible for.

This FREE resource is a ? gift from the author of Amazon’s best selling book “Hack Your Health Habits”.  Get your gut and immune system performing optimally.

The gastrointestinal tract, also called GI tract for short, is an organ system. It takes the food we eat, digests it to extract and absorb energy and nutrients, and then excretes the remaining waste as feces and urine.

In addition, it acts as a moderator for various important bodily functions. It is quite literally the “core” of our well-being. From immune cells to neurotransmitters. A properly functioning GI tract allows our health to thrive. However, in the same sense, an improperly functioning gut can cause a variety of illnesses and health conditions.

The Nervous System And Your Gut Microbiome

Contrary to popular belief, your gut actually possesses its own ‘nervous system’. Comprised of its own neurons and ability to produce neurotransmitters. This is called your enteric nervous system, which has been said to function independently of your central nervous system (brain and spinal cord). Yes, that’s right, your gut quite literally has the means to act as a second brain!

While many believe that the brain is the primary organ in charge of information transmission to the gut, your enteric nervous system actually sends far more information to the brain than it received from it. This reinforces the importance of gut health even further as research now shows that problems in your gut can have a direct impact on mental health.

Click here to read, The Brain In Your Gut .

At some point you have probably heard someone say, “I had a gut feeling.” Well, recent research shows that there might be some truth behind this saying. Those butterflies in your stomach actually have a direct correlation with thoughts, emotions and moods.

Although we are not entirely sure how the link between the gut and our mental wellbeing functions, we know that certain neurotransmitters (chemical messengers) are largely mediated through the good bacteria found in the gut.

As a matter of fact, the gut produces a large quantity of the body’s neurotransmitters! In addition, it also possesses two thirds of the body’s immune tissue, has greater metabolic activity than the liver, and possesses ten times more microbialm cells than human cells!

It also possesses a genome (genetic material) 100 times larger than the human genome. Your body is literally filled with bacteria. Before you freak out—rest assured this is a good thing.

Gut Microbiome And The Benefits Of Bacteria

These tiny microorganisms that make up your gut microbiome have an enormous impact on our overall health. Around 100 trillion bacteria live in the gut and provide important benefits such as;

Most of the time, when we experience problems in these areas, we are quick to blame genetics or age, not realizing how our lifestyles play a big role in our gut health. This ultimately determines the functioning of many of the other systems as mentioned above.

Studies show that a whopping 70% of Americans have digestive related symptoms and diseases. The underlying causes of said gut-related diseases can be rooted back to;

In fact, 40% of all adults and 70% of all children in the U.S. take one or more courses of
antibiotics every year, which wreaks havoc on their gut health and leaves them susceptible to other issues.

Dr. Nathalie Beauchamp, B.Sc,. D.C.
Dr. Nathalie Beauchamp, B.Sc., D.C. is an Ottawa based chiropractor, a former professional natural figure/bodybuilder, a wellness consultant, lecturer and TV personality. She is the co-author of the published book—Wellness On The Go: Take the Plunge- It’s Your Life! and the author of the upcoming book Hack You Health Habits, scheduled to be released in the summer of 2017. She is the owner of Santé Chiropractic and Wellness Centre and the founder of the annual Ottawa Wellness Expo a community based event that gathers over two thousand people in Ottawa each year. Dr. Nathalie’s mission is to lead, educate and empower people to be the healthiest and best versions of themselves.