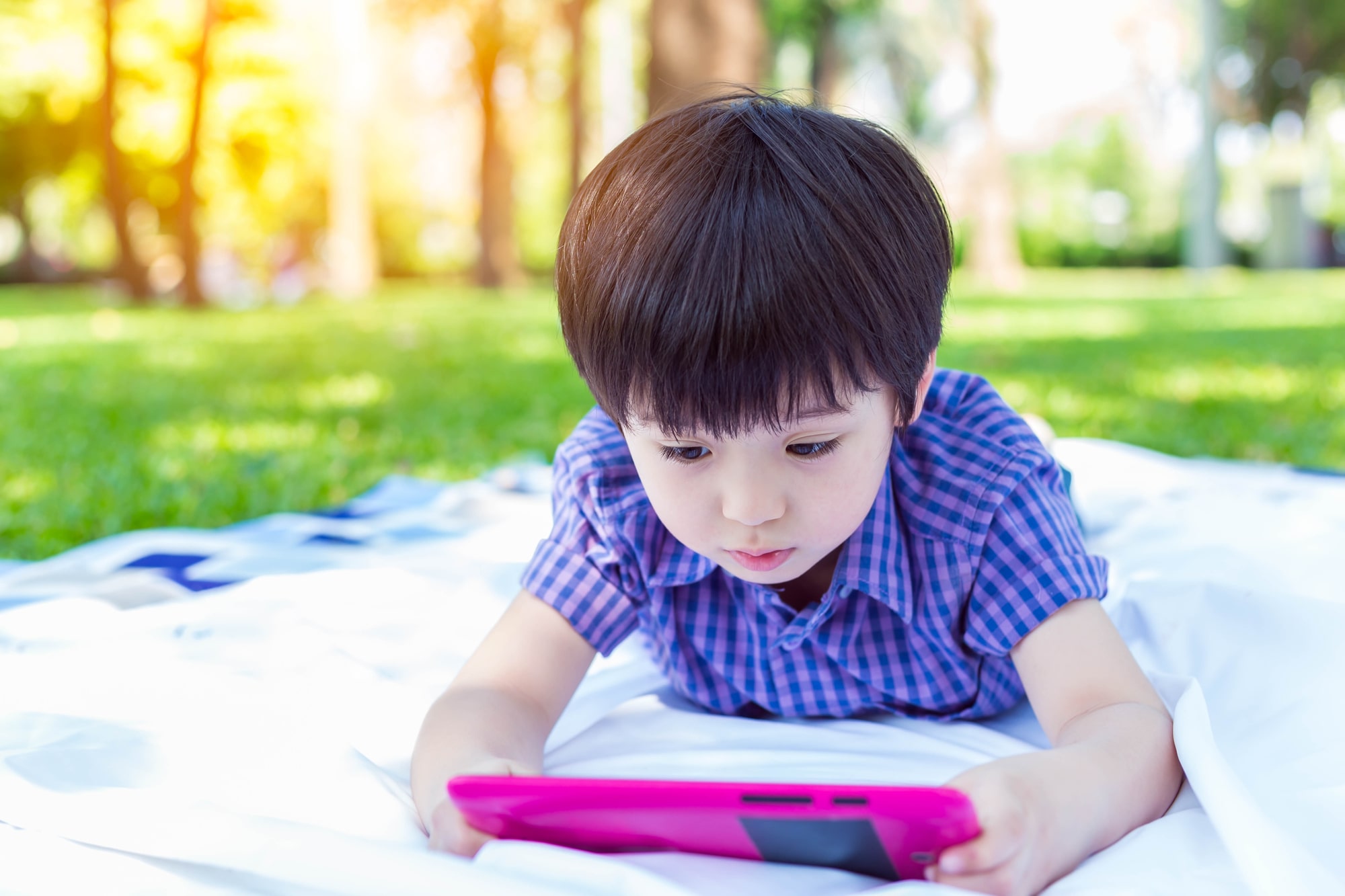 It’s no surprise that most people in the developed world have a cell phone or some type of device and that number keeps growing. It’s no wonder that these devices are having harmful affects on kids. Experts suggest that tablets and smartphones can have an impact on children’s social and emotional development. A study done in 2016 involving 1240 parents found that 50% of teens felt addicted to their smartphone.  59% of parents believe that their kids were addicted to their devices. 77% of parents feel their kids get distracted and lose attention.  72% of teens feel they need to respond to texts/social media immediately.  78% of teens check their devices at least hourly.

When someone is looking down at their phone, their spine angle is equivalent to that of an 8-year-old child sitting on their neck which is fairly significant considering that people spend an average of 4.7 hours a day looking at their phone.  This combined with the length of time spent in front of computers has led to increase in the prevalence of myopia or near-sightedness in North America.  In the 1970’s about ¼ of the population had myopia whereas today nearly half of the population does.  In some parts of Asia, 80-90% of the population has myopia.

Cell phone addictions are similar to drug addictions in that they do influence the size and shape of the brain, particularly in the area of the brain called the grey matter.  The insular and the temporal cortex, which is involved with emotion, speech, hearing, sight, memory, and self control are affected. When playing games, one achieves small goals causing their brain to be rewarded with small bursts of dopamine and winning more games is rewarded with more content.  This novelty also gives bursts of dopamine and together creates what is known as a compulsion loop which happens to be the same loop responsible for the behaviours associated with nicotine and cocaine.  Our brains are hardwired to make us novelty seeking.  This is why apps on our phones are designed to constantly provide us with new content making them hard to put down.  As a result, 93% of young people aged 18 – 29 reports using their phone as a tool to avoid boredom as opposed to other activities like reading a book or engaging with people around them.  This has created a new term called no mobile phobia – the fear or anxiety of being without your phone.

Changes in the Brain

We also see a change in brain patterns.  Alpha rhythms are commonly associated with wakeful relaxation, like when your mind wanders off.  Whereas gamma waves are associated with conscious attentiveness.  Experiments have shown that when a cell phone is transmitting, like during a phone call, the power of the alpha waves is significantly boosted, meaning phone transmissions can change the way our brain functions.

Cell phones can also disrupt your sleep.  A lot of people experience insomnia and fatigue because of cell phone use.  Blue light from these devices affects melatonin levels which will affect sleep.  Blue light will also affect the circadian rhythm and therefore negatively affect your sleep.  This lack of sleep has been linked to diabetes, cancer, and obesity.

EMF radiation affects the brain and heart mainly, but it affects other areas of the body as well.  It can even affect fertility.  The problem, at this time, is that there is not a lot of safety testing.

How can we reduce the effects of EMF?

Check out this in depth list of preventative measures https://familyhealthadvocacy.com/emf-radiation/