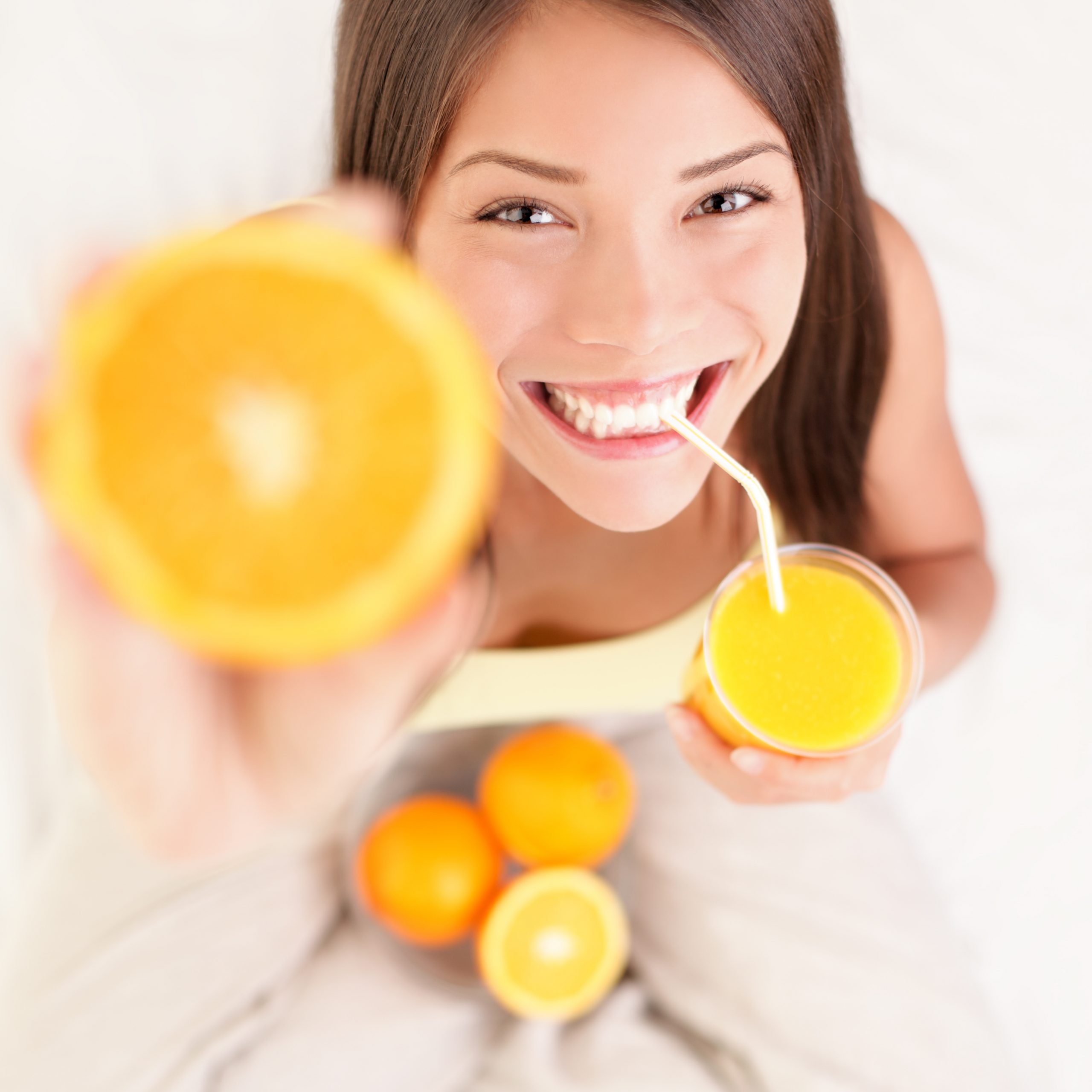 Vitamin C is well known for enhancing immunity, including preventing colds and improving mental health. Scientific studies indicate that people who consume foods rich in vitamin C experience less stress as they encounter physical challenges. After we consume vitamin C, it causes the body to dispense neurotransmitters that enhance mood such as dopamine, norepinephrine, and epinephrine. People who lack vitamin C have low synthesis of these neurotransmitters, and can become irritable and stressed. 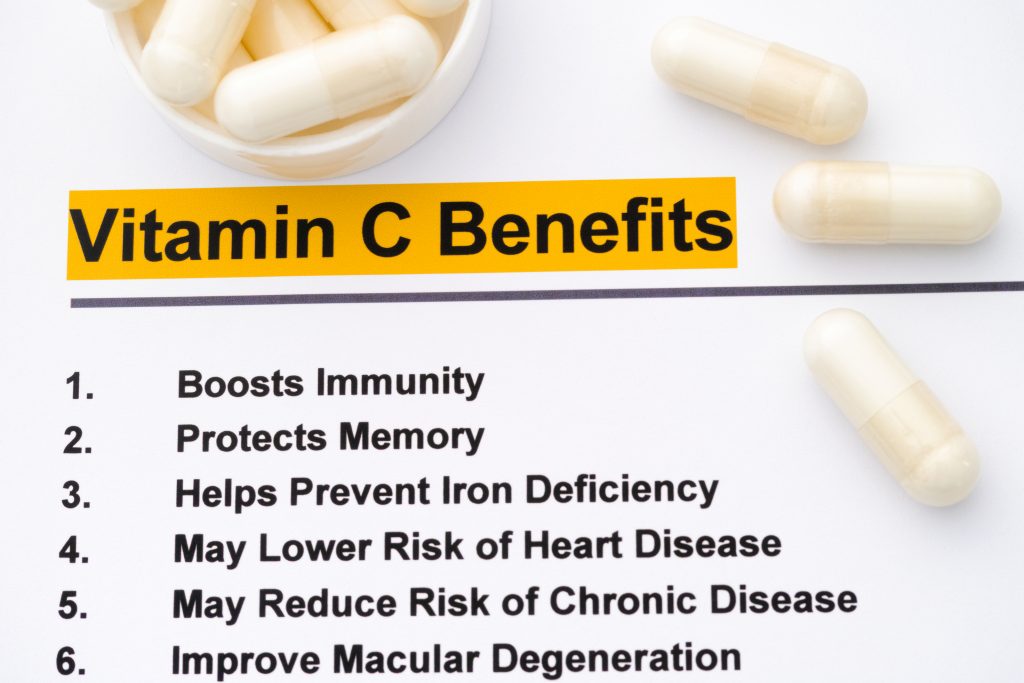 A German study measured the stress levels of 120 individuals by letting them perform public speaking while solving math problems. The subjects were given 1000 mg of vitamin C prior to the task. Participants who did not take the vitamin showed elevated cortisol levels and higher blood pressure. Those who took the vitamin showed normal blood pressure levels and said that they did not feel that stressed.

Vitamin C also plays a vital role in maintaining the function and integrity of the central nervous system, including the formation of myelin and maturation of neurons, which protects nerve fibers and repairs neurons. In addition, it acts as a neuromodulator, which influences mood regulation.

The American Journal of Psychiatry published a study stating that low levels of vitamin C were closely related to depression in the elderly. Another study published by McGill University found that administering vitamin C twice a day improved the mood of hospital patients. Vitamin C is also linked to promoting health for people suffering from bipolar disorder and anxiety. 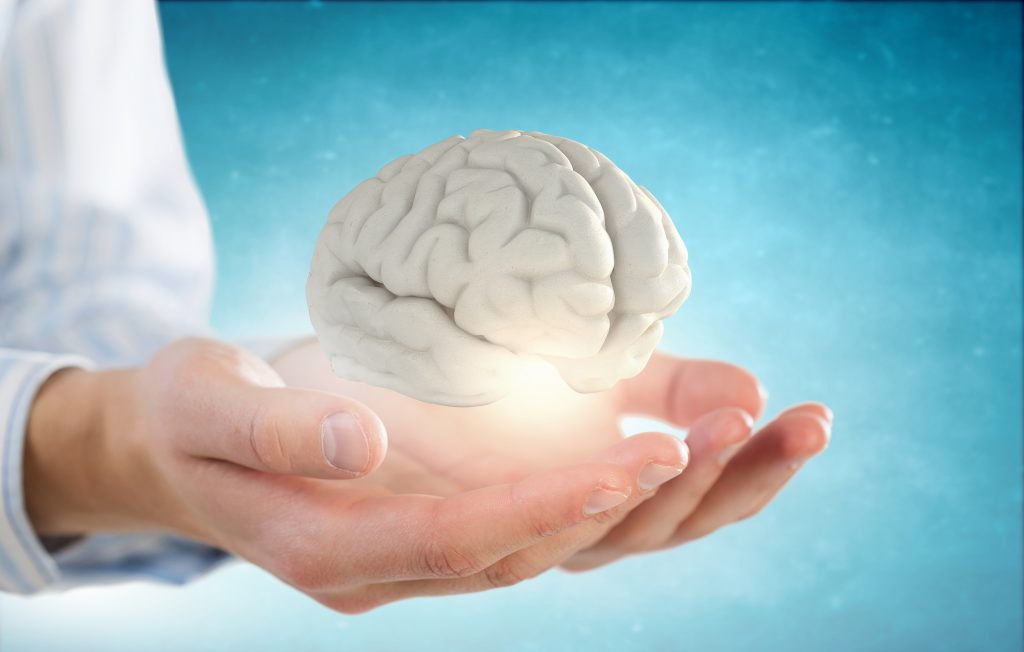 The Brain consumes a lot of vitamin C. Brain concentrations of vitamin C are higher than those of the rest of the body. It maintains vitamin C levels for a longer period of time after the body depletes them. That’s because metabolic furnaces in the neurons churn through glucose to power one’s movements and feelings. Vitamin C also works as an antioxidant. It surrenders electrons for the purpose of neutralizing rogue oxygen molecules which are emitted in the process. These are the free radicals that ruin DNA and cause cells to age.

Vitamin C also plays a role in the maturation and differentiation of neurons and in forming the myelin sheath that expedites impulse transmission and protects neurons. Thus, vitamin C is essential for cognitive performance and is also a cofactor in synthesizing several neurotransmitters. It plays a vital role in converting dopamine to serotonin. It also modulates the release of neurotransmitters in nerve cells. Vitamin C is also found in collagen, which is a stabilizing force for bones, teeth, and blood vessels. It helps ensure that the integrity of blood vessels retain their integrity as an aspect of cognitive capacity, particularly as people age.

Factors such as exposure to toxins caused by air pollution and smoking as well as drinking alcohol make extra demands for vitamin C by placing the body under oxidative stress. Studies show that conditions like depression, fatigue, and poor healing of wounds happen when vitamin C levels are inadequate.

1 thought on “This Is Your Brain on Vitamin C”