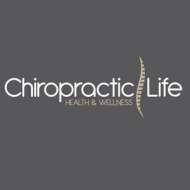 This user has not added any information to their profile yet.

About The Practice
No Available Photos Found.

From a young age Daniel Brown has had a strong interest in Health, Nutrition and Fitness. He was first introduced to the Chiropractic profession by a Chiropractor at a careers convention when he was 15 years old, and decided at that point that this was the career for him. He was accepted to study at the Anglo European College of Chiropractic (AECC) in Bournemouth on a five year course and since then has never looked back.

Daniel Brown is an Aberdonian born and bred, however was schooled in Edinburgh. He has many sporting interests including rugby, thai boxing, shooting, rock climbing, scuba diving and snowboarding, but can think of nothing better and more refreshing than getting out into the Scottish hills.